Brian Morrissey Discusses Leaving Digiday to Focus on his Newsletter Full-Time, The Intersection of Business and X, and Growing his Newsletter The Rebooting

The biggest challenge for anything new is growth. To be honest, I would have thought I'd have more subscribers. But I have started with a fairly narrow focus, and things tend to take longer and be harder than thought going into it. 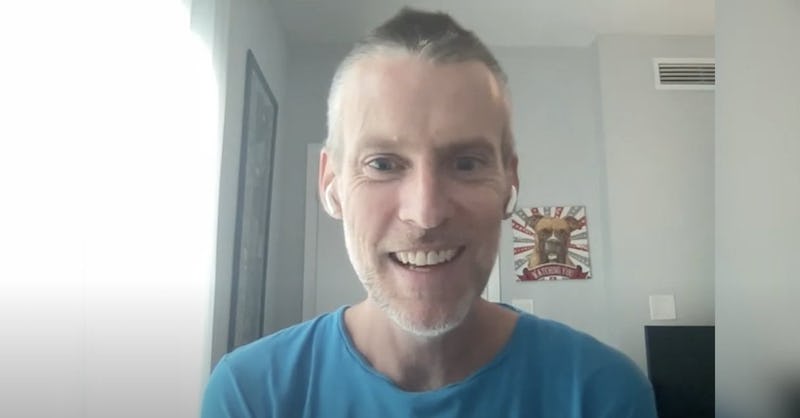 Brian Morrissey was formerly the President and Editor in Chief at Digiday. At Digiday, Brian focused on editorial, memberships, product development, design, multimedia and events programming.

He left this full-time job as a way to get back into the earlier phases of building. What that meant was turning his focus into growing his newsletter, The Rebooting, where he writes about sustainable modern media businesses.

Continue reading below to see what went into his decision to leave Digiday and how he thinks about the media landscape today:

What went into your decision to leave Digiday and work on your newsletter full-time? What made the timing right for you?

I left for lots of reasons, but I think I mostly wanted to get back to the earlier phases of building. Digiday was 4 people when I joined. It was 75 pre-pandemic. That changes your job.

I spent most of my time on "management," which is to say a lot of meetings and things that weren't directly about making the product. I always edited a lot of the copy. But I wasn't able to do much writing. So this is a way to do that while trying to build something bigger for everyone building sustainable media businesses.

You've played instrumental roles in getting media businesses off the ground like Digiday, Modern Retail, and Glossy. Are there any challenges that you're currently facing with The Rebooting that have come as a surprise to you?

I wouldn't say anything is a total surprise. The biggest challenge for anything new is growth. To be honest, I would have thought I'd have more subscribers. But I have started with a fairly narrow focus, and things tend to take longer and be harder than thought going into it. That's inevitable.

But I've been happy with the type of people who have subscribed. I'm getting the right people. So that's good. On the business side, I've decided not to do subs for now and rely on sponsorships and consulting. So far, so good overall. I'm just really ramping that part up. But overall, based on the deals I've done, I think there's a good opportunity on the business side.

In a recent interview of yours, you mentioned how little you enjoy self-promotion (especially tweet threads!). Can you share with us the ways that you enjoy growing a newsletter / that have worked for you in growing The Rebooting?

On self-promotion, I hate it. I might prefer to try ivermectin than do a Twitter thread. But promotion is like sales: everyone does it (or should) but everyone should do it in their own way. The biggest growth bumps I've seen is from other people recommending my newsletter.

Which tells me that instead of looking for growth hacks, I should focus on the content and make it valuable enough that others will share it with colleagues, etc.

My goal for the rest of the year is finally get this podcast off the ground, do a few more sponsor deals and mostly focus on growth of the subscriber base.

How'd you decide to go newsletter first vs. podcast first?

Newsletter was easier. Setting up a Substack is simple. A podcast requires more. I miss having the support of a media company. I had a podcast producer who took care of all the editing and uploading etc. I could just do the parts I'm best at: asking questions, talking to people, etc.

What does your process look like for writing an edition of your newsletter? What role does research play?

It's haphazard but I'll try to make it sound more buttoned up. I just have a a Note on my phone where I keep ideas as they come to me, then decided which of them I feel like tackling. I do a some research, but for now, I've tried to draw a lot on my own experience. That's somewhat strategic because I want to differentiate from a lot of the media newsletters/columns that regurgitate the same Twitter controversies or news breaks by providing a practical view of the mechanics of building a media business that makes money.

Do your ideas come from what's happening in the news or elsewhere?

Sometimes it's just something I've been thinking about, sometimes books about unrelated topics or conversations I have with people who are building these businesses.

I do think, even after taking like a decade break from regular writing, it's not as difficult to come up with original topics every week once you've done it for a long time and have a good understanding of your area. I could probably do one daily.

What newsletters (either run by individuals or a company) do you currently enjoy reading the most?

The newsletters I like: Packy McCormick's Not Boring, Charter from Kevin Delaney about the future of work, Morning Brew for its structure. I think my favorite is the one David Lenonhart does for the NYT.

That's called The Morning. He's a very sharp reporter and writer, and he's adapted that to a newsletter.

For aggregation type newsletters, I like The Economist's Espresso although it's an app. But I think they do a great job of being very succinct, and a lot of newsletters are too long. (I could be biased as an editor.)

Others: Exec Sum by Litquidity (good mix of personality with brevity), Monocle's purely for design since the content is beyond absurd (Finnish booksellers and Mitteleuropa politics?)

I do think that the best newsletters are more like magazines than websites. And that's b/c magazines rely on a tightly curated bundle and a coherent point of view. Many sites aren't that way.

If you had to write a newsletter not about media, what would you write about?

I want to start a running newsletter. But it would be more like applying the lessons of running to other areas of career and business. Running is also something I've done for a long time and feel like I know a fair bit about. So I gravitate to those areas.

It seems like you frequently gravitate to the intersection of business and something else. e.g. business x media OR business x running. Is it interest + experience alone that pulls you there?

Could just be personal preference. But I've always believed differentiation is very important. Being able to overlay a lens on a topic or area is a good way to differentiate. I'm not a big believer in personality/voice as a main differentiator. I think for most it makes a difference on a secondary level. We all tend to think we're more interesting than we are.

Are there any additional tactics you can share that you use to differentiate your newsletter beyond writing from experience?

Sure, I'd say an easy way is to look at an emerging area. Take Web3. There's a big opportunity to own that space.

But for me, the most powerful way of differentiating remains being very well-versed in whatever you're writing about. For instance, Lenny Ratchitsky has a must-read newsletter for product managers. And its must-read b/c he has a lot of experience as a product manager.

Llillian Li writes Chinese Characteristics. She's able to translate the world of Chinese business and tech for a non-Chinese audience that finds it difficult to penetrate.

On a tactical level, there's always some differentiation that can be done through voice, design, formats. But I think strategically, the lens and point of view of the content is the biggest thing.

On a side note, I've been in Slack about three times in the past year, so I'm rusty. Can't believe I used to practically live in Slack. So there are some replies buried in threads.

How do you describe audience for your newsletter? What does a good vs. bad subscriber look like?

I describe my audience as anyone whose work involves building sustainable media companies. That can be solo creators, new types of media companies and collectives, big media cos, local, etc.

A good subscriber is someone who opens every week and shares it with their network. One thing I did that I'd suggest is I manually went through my subscriber list to understand the types of people I'm attracting. This does not scale. But I only have 5k subscribers so might as well do stuff that doesn't scale.

I also track the types of people who send me email and what they do. That tells me that the market is big enough and it's international.

What I need to find out is if the market is big enough for a one person thing (almost positive yes) or a micro-media company of 5-10 (pretty sure) or a larger entity (dunno).

You have mentioned your newsletter was a way for you to both explore trends in media and future career lanes for yourself. Are you leaning in any one direction after a year in on The Rebooting? Is this different than what you had expected?

Never say never, but I have little interest in joining an existing organization and would prefer to build something new. So my thought now is to do The Rebooting as a solo endeavor for a year, see what traction it gets and ideally expand it into a small media brand by bringing on others.

I think the good thing is there are now lots of tools and platforms that can allow one or a few people to be very efficient. The infrastructure costs of media are too high. I think only about 30% of Digiday was dedicated to content.

How have you structured your days and weeks while working on your newsletter?

That's a big challenge, honestly. For years work was something that was sort of done to me. I'd go to the office and bunch of shit and problems would happen, I'd deal with them the best I could, then I'd come back home and repeat the process. Now it's more.... loose. I've sorta enjoyed that part of it, but I definitely struggle with organization. Not a strong suit.

Any major points of advice for someone early in the journey of getting a newsletter off the ground?

The biggest piece of advice for anyone doing this is it generally takes a lot longer than you might think or want to build an audience, so don't be discouraged comparing yourself to the rare rocketships that get a ton of attention.