I've learned that consistency + time = trust. It's the biggest lesson and the one that seems the most simple but so few creators have the ability implement. 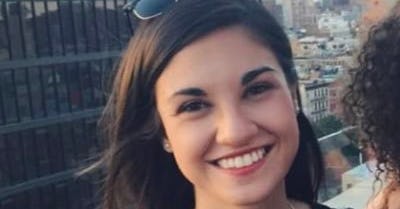 Polina Pompliano started The Profile in February 2017 when she was working as a tech reporter at Fortune magazine. She enjoyed her job, but she was also looking to start something solely for herself.

Through The Profile, she studies the world's most interesting people & companies.

Follow along to learn how she has grown her newsletter to tens of thousands of readers:

For someone who is just learning about The Profile for the first time today, can you tell us about the backstory behind how it started?

The Profile started in February 2017 when I was working as a tech reporter at Fortune magazine. I enjoyed my job, but I was also looking to start something solely for myself. The thing that I enjoyed doing most was reading longform profiles, so I was like,"Why not start an email where I curate 7 or 8 longform profiles of interesting people and send them to family and friends?" It was meant to be less of a newsletter and more of a conversation starter with my friends. And then one thing led to another and it started growing through word of mouth.

It sounds like it took ~2 year to reach your first 5,000 subscribers and now The Profile is read by tens of thousands (!!). What have been your strategies for growing the newsletter during those periods?

I've tried a lot of different growth strategies, but the ones that have worked the most have been 1) swaps with like-minded newsletters(ie: The Hustle; 1440, Morning Brew); 2) guest posts; 3) interviews with interesting people; 4) a game that shows off the value of The Profile

You made the transition from a larger publication to your own independent property. What have you learned since then, especially considering all of the macro/cultural changes that have happened over the last year with regards to work/ownership/creators?

I've learned that consistency + time = trust. It's the biggest lesson and the one that seems the most simple but so few creators have the ability implement. Trust is foundational to any business, but it's a hard thing to build fast. But once you have it, it's one of the most important aspects of what makes your business/newsletter impossible to copy or replicate by anyone else. It also allows you to expand into other categories without so much friction(I recently launched Profile merch and am thinking about starting a course as well)

After looking into the lives and career's of the people you profile, what are some of the lessons/ideas that you have picked up and held onto?

One that I often think about comes from Malcolm Gladwell. He says that people are often drawn to things that are done imperfectly. Whether it’s art, movies, or books, people talk more about the flawed things that get stuck in their heads than they do the obvious, perfect things. “You want an aftertaste, and that comes from not everything being perfectly blended together,” he says. “The question is: What is interesting? That’s what has to drive any creative act.” Often, when I'm stuck on something, I think back to this and remind myself that interesting is more important than perfect.

Another is from James Clear on generating ideas. He told me, "My writing always suffers if I haven't read enough quality content." I come back this all the time, and I've created an environment that's conducive to generating ideas (i'm always reading) so that my writing will continue to improve.

A newsletter that I wish existed would be on the psychology of cults. I'm weirdly fascinated(and freaked out) by them so I would devour a newsletter on that topic lol

What sort of KPIs/metrics do you measure with The Profile?

I am obsessive about which profile readers clicked on the most. I especially pay attention when they clicked on one that wasn't my"highly recommended" of that issue. It helps inform what I select for them next time. I also look at the number of opens/click-throughs on every edition and of course, the number of paid members that joined that week.

What do you do when a piece seems to fall flat with your audience?

When a piece falls flat, it's simple: I learn. I obsess over feedback because I value it more than people understand. I genuinely don't get offended when someone offers constructive criticism because it helps the creative process so much. As a writer, it can be brutal to put your work out in public, but it also makes you so much better since it invites all sorts of opinions. You can't iterate & improve your product without constant feedback.

What would you be doing if the internet didn’t exist?

If the internet didn't exist, I'd probably be a reporter who started her own print publication. That, or a dolphin trainer.

Can you share with us the research process behind your profiles?

Oof, it's a lot of research. It's similar to the research I used to do at Fortune before I interviewed someone. I will take a blank Google Doc and dump links to every longform profile, video, podcast, documentary, etc that person has done. Every piece of media I can get my hands on.

So with The Profile, I have the same process, and it takes me 2 to 3 days to fully immerse myself in this person's life and career. By watching video interviews, I can get a sense of their body language, their level of comfort with being in the public eye, and also the things they repeat over and over again (which are probably the ones they want to emphasize the most). Then, I put together my weekly Profile Dossiers that aim to capture that person in this snapshot in time.

Of all the people you've profiled, who wound up being the most different from what you had expected ahead of your research?

Brandon Stanton, the creator of Humans of New York. He blew me away because this was an interview I had been trying to get for years, and Brandon just never does press in general so it was hard to get a sense of what he was like. We did the interview and he is so passionate about his craft, but then if you watch near the end when I start asking him more personal questions about himself and his own life, he gets visibly uncomfortable. This is something I would've never gathered from reading a profile about him, but it was impossible to miss face to face. I'm fascinated by his process because what he does is very similar to The Profile: attempt to capture the essence of a person and allow others to hear their story

How do you structure your days / weeks? how different is that structure from the one that you had while writing for Fortune?

My structure is this:

Mondays and Tuesdays, I do a deep dive on an individual person where I read, listen to, and watch everything they've done, and I publish the Profile Dossier on Wednesday. Wednesdays are typically my unstructured days where I go on podcasts, read books, or try to get ideas for future columns. Thursdays, Fridays, and Saturdays are spent working on the Sunday newsletter which requires the curation of profiles.

At Fortune, I would wake up around 5:30 or 6, get to the office by 7 and work on the Term Sheet newsletter until 9:30. Then I would do interviews and work on other articles or magazine stories.

I had autonomy at Fortune, but I obviously have even more autonomy now. It's nice because when you work for yourself, you're a million times more motivated to make things work, so there's never a shortage of that.

One thing I learned from Tobi Lütke from Shopify that I may try is that he color-coordinates his calendar. So he labels anything product-related as red, investor and board of director-related business as teal, and so on. The thing he's looking for is a balanced week, and I feel like that's a really good way to conduct a calendar audit to see what you're spending the majority of your time on!

If you were to interview one fictional character to feature in your newsletter, who would you choose? What questions would you like to ask them?

It would probably be Beth Harmon from The Queen's Gambit. I loved the Netflix series, but I would ask her so much more about her familial relationships, upbringing, and the mental escape that chess offered.

I find the people who are the best at something are the best because of some deep insecurity about not being good at that thing or something tangential. Becoming a chess champion allowed  Beth to prove that she was needed and wanted (unlike what society told her about being in an orphanage). For me, for example, my love for writing probably happened because I couldn't communicate with anyone when we first moved to the U.S. and I didn't speak the language. Writing allowed me to take my time, choose my words carefully, and be more open and honest than I would in everyday life.

Anyway, definitely Beth because I had WAY more questions than answers once the series ended.

Has working on your newsletter full time been as fulfilling as you hoped for it to be?

One hundred thousand million percent. I can't say enough great things about living in a time where people can write independently and be compensated well for it. I've always hated the"starving artist" trope that is repeated over and over in college."Oh you want to be a journalist? Cute. Get used to making no money." I'm so glad that writers can be entrepreneurs and they can go directly to their readers without the need for any sort of middleman. Plus, the flexibility that working on The Profile offers is unmatched.

What are the biggest challenges you've come up against while working on The Profile that caught you off guard?

The biggest challenge by far is realizing that even though I spent my career writing about business and technology, my mind isn't wired to do business by default. I'm much more creative than I am biz-minded, but it doesn't mean that I can't learn or surround myself with people who are. I've realized that I may not be good at negotiating deals, but I can master it if I wanted to. I believe that failing at something just means you haven't made it a priority.

How did you know when your newsletter was "working" in its early days?

It was a combination of reader feedback and people signing up without me doing anything besides writing. They were forwarding to family and friends, and it began to snowball thanks to word of mouth. The thing is though I would've continued doing it even if it wasn't"working" by traditional standards simply because I was doing it out of pure love for reading profiles. It's crazy but I do think the things that are born out of a genuine passion end up being way more successful than the things that start off with a business plan and KPIs

Do you feel pressure to portray subjects in a more positive light than what might be the case in reality?

So this is an interesting question for a few reasons, but the short answer is no. Every time I profile someone, I try to highlight the unsavory qualities and decisions as well as the ones they're admired for. (For example, Al Pacino may be one of the most iconic actors that's ever lived, but he had a pretty tumultuous personal life, which I noted. Or Martha Stewart with her whole insider trading situation.)

I recently wrote about the difference between learning and idolizing, which is related to this exact topic.